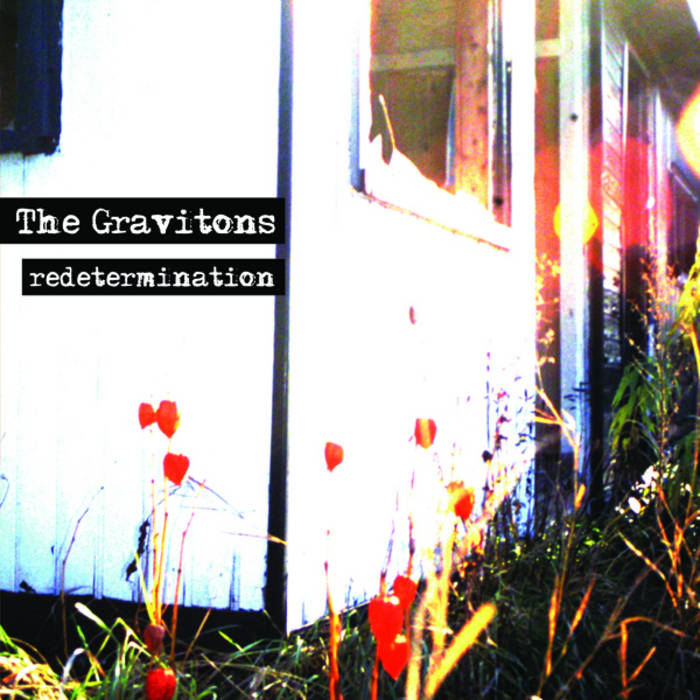 From the wilds of the North of England come the Indie Acoustic Psychedelic sounds of The Gravitons. Redetermination is the first album with songs of beauty, ugliness, hope, failure, love, loss, joy, melancholy ... and other stuff.

With slices of folk, country, rock and melodic punk along the way, The Gravitons carve a unique niche which is both familiar and original; a kind of unusual hybrid of Contemporary English Folk and West Coast American Psychedelia.


Review
... has more surprises than a shady investment banker. Based loosely on a lively backdrop of UK/US Psychedelic Folk, ..redetermination.. is awash with classic audio imagery. Alliances are formed with the US West Coast signalling The Byrd..s jangling guitar sounds, mid-seventies Floyd reminiscent of the ..Animals.. era and I swear ..Betterway.. has some fearsome Jethro Tull overtones. It..s ultimately rare for an artist to combine so many obvious sublime influences and pull it off with such amazing results, ..redetermination.. is the continuation, maybe the next phase of a British psych/folk renaissance. -- Mojophenia

Review
... armed with a list of influences that rivals any other I have come across, the Gravitons are self-described as sounding (among others) like Californian and English 60s & 70s Psychedelic Folk Rock. A broad but fitting description, their sound has nuances that you can t just nail down to one genre. The name The Byrds seems to come up a lot in reference to them, however I think a more fitting name is Cass McCombs (a less electronic reliant version). That is to say, the Gravitons Psychedelic Acoustic Indie Folk Country Rock is steady and very real, the Contemporary British Folk Music that they liken themselves to is a good movement that they fit nicely into. I think I have used enough quotations in this review, as such here is something straight from my mind: The Gravitons 2009 LP Redetermination, is the album you put on mid morning, on a day that you have to do something stressful, the LP soothes you, makes you happy, and reminds you that everything is going to work out fine. --Even In The Future


Review
... boiled down to its basic essence, their sound is an original and challenging sub-genre all its own. The Gravitons offer up a refreshing, uplifting style on Redetermination by fully excercising their original adventurousness and shamelessly injecting large doses of McGuinn-inspired axe-work, early Floyd-ian vocal and lyrical approaches, and unexpected blasts of raucous roots rock. You'll also find smirky traces of Rufus Wainwright's cheeky humour here, snippets of Ian Anderson-inflected lyrical interplay, and more than a few tips of the axe to folks like Richard Thompson and Ry Cooder. The songs here run the gamut from the daydream opener "Maybe Tomorrow," which sonically recalls an impromptu run-in between the Finn brothers and Syd Barrett, to the sly, catchy romp of "Man With A Gun Again" and the daring, harmonica-laced cow-punk nugget "Everything I Do." "Man With Gun Again" proves the band is not only highly aware of today's edgy political/socio-economic plight, but have a firm enough grasp on it to pen a jumpy, paranoia-laced rocker that ranks right up with Buffalo Springfield and CSNY on the relevant protest song scale. "Controlled" lurks in a shadowy corner like a spurned lover or a crafty undercover agent, and "Betterway" rides a delightful, half-crazed rock n' roll groove with equally potent lyrical mastery. Tracks like "Where Is Our Song" are beautiful, brittle arrangements that hold the same subtle charms as material from groups like The Polyphonic Spree, while "Ocean Blue" could be a mid-period Donovan outtake and "You Were The Night" wafts out like a gentle reminder of hot summer evenings brimming with romantic possibilities and a chance at carnal bliss. The album eases out on the ringing, urgent keyboard riffs and impossibly catchy guitars populating the barely-a-minute long instrumental "Your Dream," a cut that speaks volumes about The Gravitons without uttering a single word. They're on a musical and spiritual journey that's starting out just as promising as those of their artistic forebears .... This outfit's released an amazing debut album in Redetermination, and are rapidly garnering favorable attention both in and outside of the U.K' -- Round the Dial