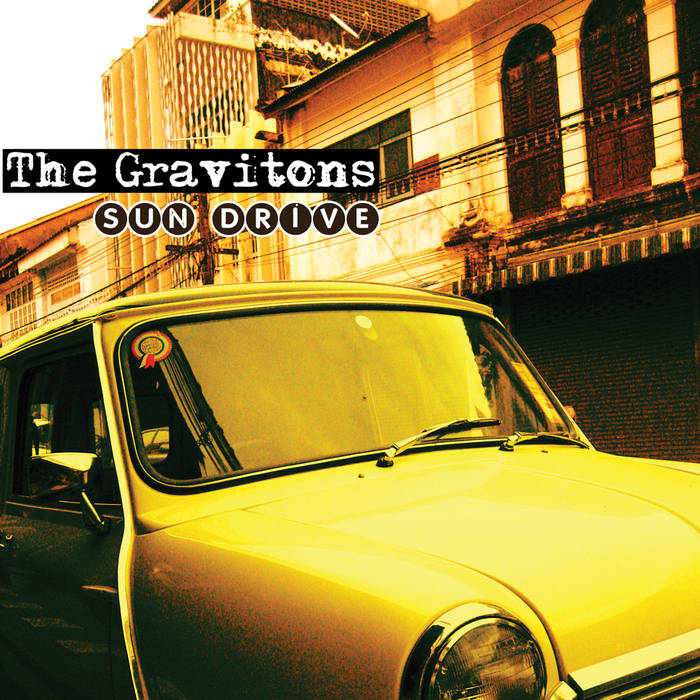 'Sun Drive' from The Gravitons captures the sound of the summer sun and converts it into an album of beautifully crafted tracks. The fourth album continues the eclectic mix of Indie Psychedelia Folk Country & Rock, making it both original yet familiar.

If you're planning a road trip, heading to a festival, flying off on holiday or just want to kick back and relax with some new tunes, this album's for you.

Find yourself transported into new places with sounds influenced by the greats such as Crosby, Stills and Nash, Fleet Foxes, the Mamas and the Papas, Caravan, Pink Floyd, Mumford & Sons, The Beatles, Beach Boys, Bowie, Buffalo Springfield, Neil Young etc....

Road Trip Music for your Summer Of Love .... So sit back, relax and drive!

The ability to combine these multiple sumptuous guitar based genre..s is impressive. Sun Drive is a signature road-trip, a track order which runs through historical icons - A cool breeze to freshen your dusty, heat ridden brow from the most vicious of balmy afternoons. Spiritual strumming reminiscent of George Harrison and structured arrangements within the frame of an early Peter Gabriel epic, you..re really going to appreciate the lack of emotional gimmickry and limitless escapism this record throws out at you - A carefully worked out audio time line, notably uncomplicated and multi-dimensional in every sense, set your controls to the heart of the sun. -- Mojophenia